According to the Organizing Committee, the 21st Vietnam High Quality Goods Inspection (HVNCLC) conducted by Vietnam Business Association (HVNCLC) was closed after 4 months. Of the 380 respondents nationwide, 16,000 households have been interviewed directly in 12 provinces and cities, the key economic centers of the four economic regions including the North, the Central Highlands, South East and South West. 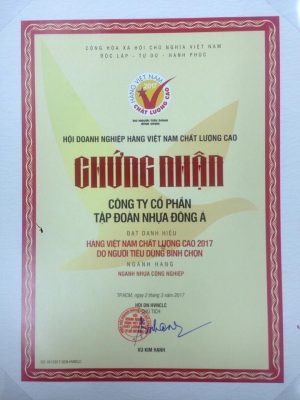 After 3 rounds of checking each questionnaire and after 1 month of input and processing the questionnaire with specialized software, the Association has produced preliminary results of 805 enterprises selected by consumers; Among them, 144 new enterprises have reached the right to vote. As a result, the Vietnamese Business Association (HVNCLC) has found 592 qualified companies to achieve the certification of HVNCLC this year, of which 40 have been certified for 21 consecutive years.

This election has given some trends for domestic enterprises to adjust production and business such as consumers tend to select products through information from the seller, the media and the commune network. Assembly; Shopping is moving from markets, grocery stores to supermarkets and online sales channels; The decisive factor for the chosen product is health, good quality and reasonable price.